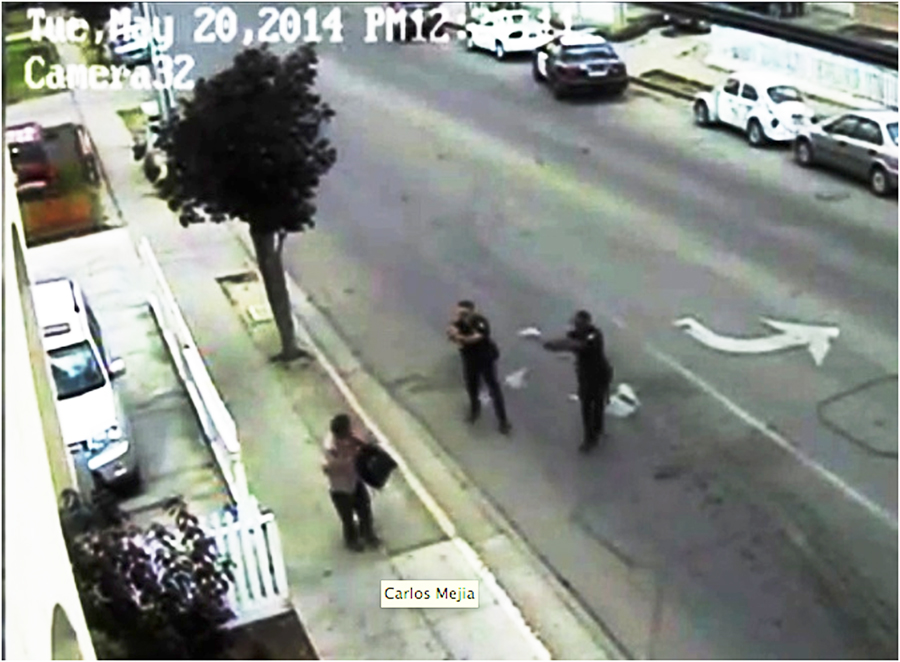 The Monterey County town of Salinas has seen it’s fair share of unrest recently with the fatal police shootings of three Latino men since March.

Suspects Carlos Meija, Angel Ruiz and Osman Hernandez were all shot and killed between the dates of March 20 and May 20. All of the men were said to be highly intoxicated and brandishing weapons.

In the case of Carlos Meija, a bystander using a cell phone video captured Meija being shot 5 times while holding a pair of gardening sheers. The young woman recording the video can be heard yelling at the officers: “What do you guys think you are? Stupid Ass!”

Outraged, protesters have taken to the streets speaking out on behalf of the community, voicing their frustration of this apparent pattern of overly aggressive tactics by police in the Latino neighborhoods.

“Its obvious that there is a pattern here,” said East Salinas resident Tony Orozco. “These men could all only speak Spanish. I feel like these incidents would have played out very differently in an English-speaking neighborhood.”

The increased tensions in the community led Police Chief Kelly McMillin to hold a press conference to discuss details of the shootings and address people’s concerns.

“I’m not going to tell anybody that ‘you just don’t understand what you see.’ They see it, they react to it, that could upset them.” said McMillin in regards to the Meija cellphone video. “We recognize the anger of the community coming out. We are trying to explain ourselves as best we can and move on.”

Currently, the officers responsible for the shootings of Ruiz and Hernandez have been cleared and have returned to work. The Mejia shooting has been turned over to internal affairs for investigation.

At a May 27 press conference, Meija’s family publicly announced their intentions to pursue litigation unless the Salinas Police Department acknowledges wrongdoing and agrees to award damages.

“Real questions have been raised about whether or not this department has engaged in a systematic pattern of discriminatory law enforcement,” said John Burris, an Oakland civil rights attorney who specializes in police brutality cases.

Other members of the East Salinas area have developed outreach programs in an effort to help people begin to move past the recent tragedy.

“Our goal is to take people’s reactions from negative to a place of healing,” said Rosemary Soto, a committee member of the Latino Network of Monterey County. “We are learning together what it will take to patch up relations between our community and the elected officials, but most importantly the police.”